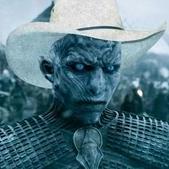 Feast of Crows and Dance of Dragons Simultaneously?

By WhiteWalkerTexasRanger, August 26, 2015 in A Feast for Crows