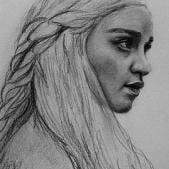 Will we ever hear the Other/White Walker language?