The 62 men of Bear Island 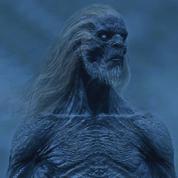