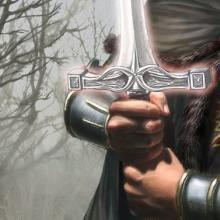 Daniel Redcliffe wants to be part of GOT. Whom would he play?