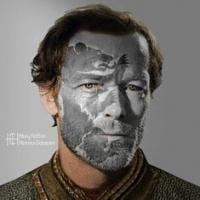 Order of deaths to come.

By StoneColdJorahMormont, April 18, 2019 in E02: A Knight of the Seven Kingdoms