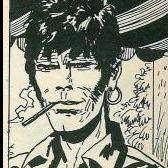 Why didn't Lyanna write to Eddard?