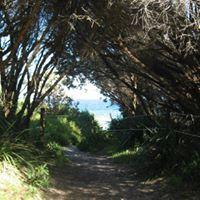 West of Westeros: The Voyages of A. Stark