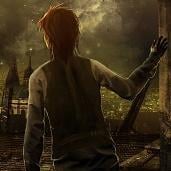 Edmure Should Have Got It