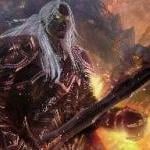 How could we find out about Aegon