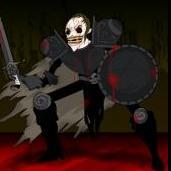 What message did Sumner Crakehall send to Hoster Tully that he did not entrust to a raven?