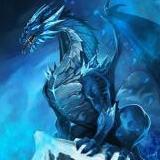 Will Dany burn Essos on the way to Westeros?