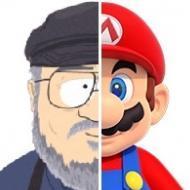 YOU are Stannis, Bad-ass King & Battle Commander ... what are your battle tactics for taking Winterfell?