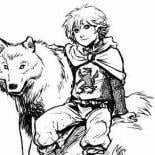 Which great bastard is the greatest?