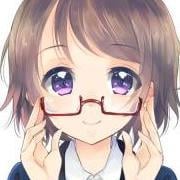 S.A. Chakraborty: Daevabad Trilogy (The City of Brass, The Kingdom of Copper, The Empire of Gold)