Anime II: Back to Zero 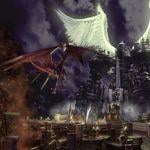