UK Politics - Caesar: Most senators didn’t stab me, so all good! 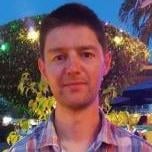