The age changes among characters 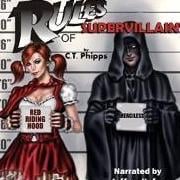