NBA - The upside down 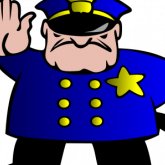 By BigFatCoward,
November 14, 2022 in Entertainment