Indiana Jones and the Slipped Disk 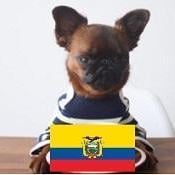 By Myrddin,
December 1, 2022 in Entertainment