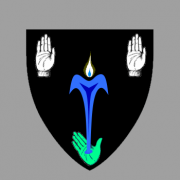 Warrior's Sons: Crystals, Knight-Assassins and a Trial by Magic