How far can ravens fly in a day? 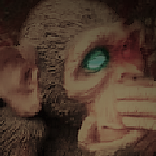