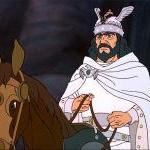 A Passage That I Missed