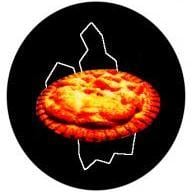 Three observations: Is HS bluffing? What's going on with Aeron? Future of the dragons? (SPOILERS)