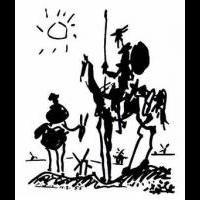 Mammoths, unicorns and other prehistoric creatures