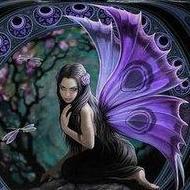 How was the NK planning to get south of the wall before he got Viseryion?