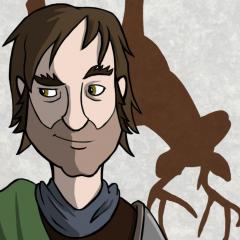 How does The Brotherhood know about the White Walkers?