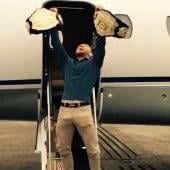 The Fate and Purpose of the Greyjoy Children

By BlackLightning, July 5, 2018 in The Winds of Winter