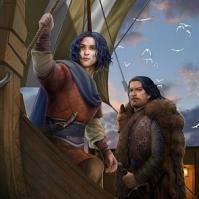 Is it bad that I understand and accept Cersei and Jaime's relationship?