Are we suppose to like the Blackwoods and dislike the Brackens ? 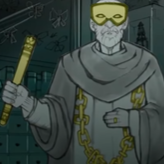